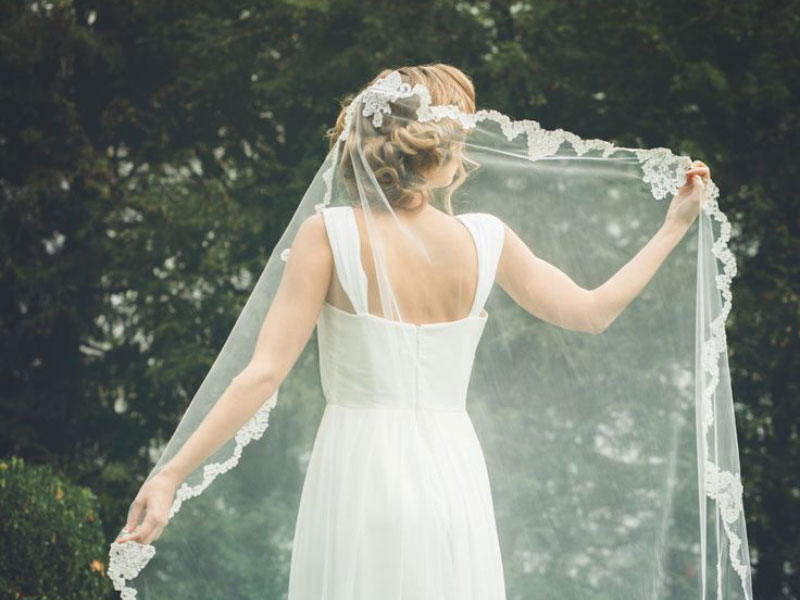 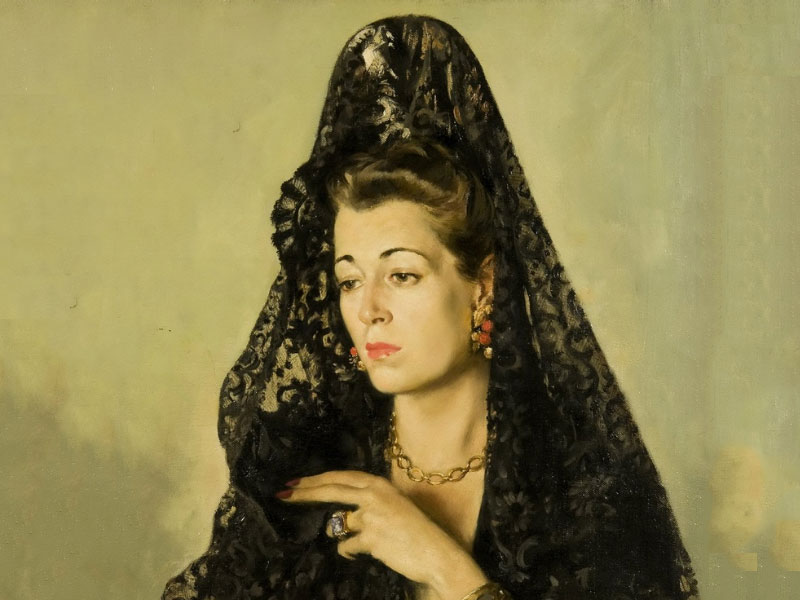 The stunning mantilla veil originates from Spain and gain popularity in the 17th and 18th century. There were pictures of women painted by Spanish painters of women donning this beautiful veil which also acted as a shawl. Mantilla veils are actually worn when in the presence of the Pope and during Holy Week. 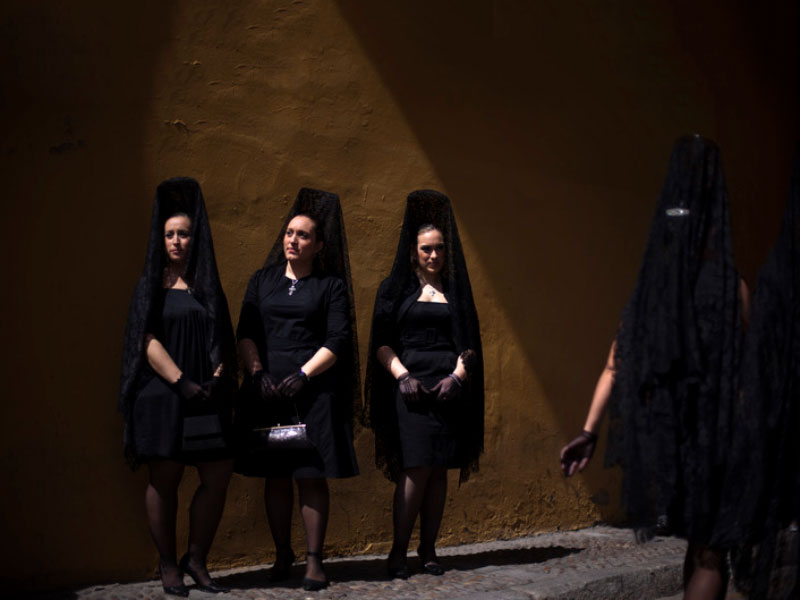 When a women in Spain meets the Pope, a black laced mantilla veil will be used instead of the white one. The white mantilla veil is worn at church weddings and the length can go up to 120 inches (cathedral veil length) whereas the black mantilla is worn knee-length with a black dress, black shoes and black stockings. 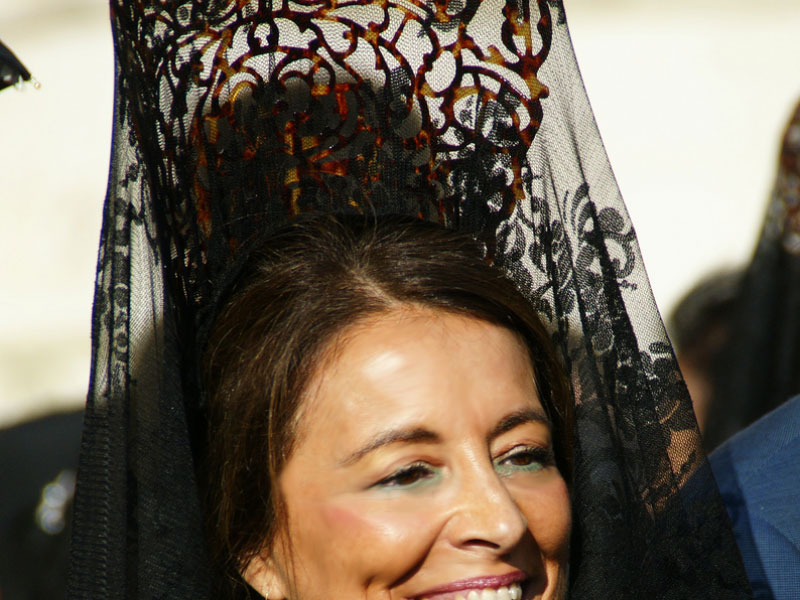 Traditionally, the peineta is worn with the black mantilla veil. It gives height and elegance to the women who adorn the veil. The peineta is a comb made out of tortoiseshell but sometimes can be encrusted with jewels or customized to one’s liking. Weddings these days however prefer to drape the veil over the bride without the need for the peineta. 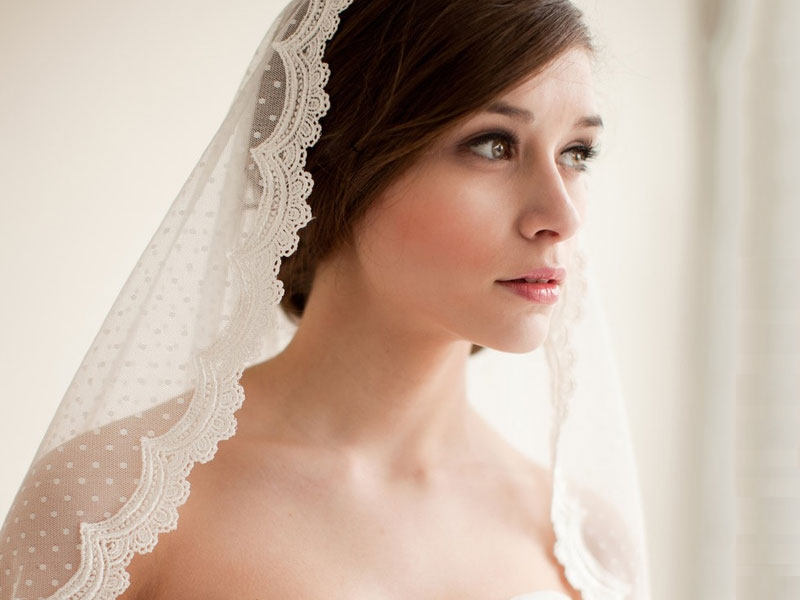 The original lace used for the mantilla is the Chantilly lace, very detailed and makes up the whole veil while the white mantilla at weddings usually have lace only at the borders. Most of the modern wedding mantilla veils have intricate lace patterns at the scallop border and is used to frame the face of the bride. 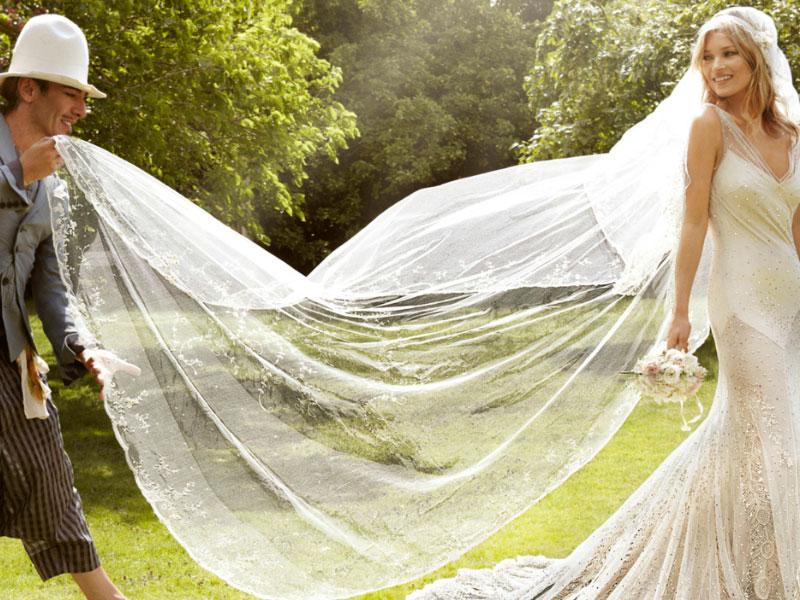 5. Celebrities Who Donned Them

Many notable celebrities have been donning this beautiful veil for their wedding such as Gwen Stefani, Kate Moss, Grace Kelly and even Kate Middleton. Brides can customize their mantilla lace such as adding pearls or even glitter on the lace to give it an extra sparkle!

Wedding Speech: It’s All About Her!

Hannah & Joshua | Magical Wedding Under The...

Sit back and let Perfect Wedding do the...

Romantic Ways to Ask Your Wife Out