The Royal Wedding of Prince Harry and Meghan Markle

The Royal Wedding of the year has finally happened! Prince Harry and Meghan Markle had finally tied-the-knot on 19th May 2018. Everybody seems to be very excited about this magically fairy-tale royal wedding.

When it all started

Who would have known that an ordinary girl who casually took a picture in front of the castle at the age of 15 would end up marrying the prince and become Duchess of Sussex 22 years later? This must be a match from heaven. These two lovebirds were introduced by their mutual friends over a blind date in early July 2016. That’s when it all started.

#PrinceHarry adorably wipes away a tear at the #RoyalWedding. ❤️

The wedding was held at St. George’s Chapel at Windsor Castle since many members of the British royal family, including Prince Edward, have been married at the chapel. The couple has chosen St. George’s Chapel at Windsor Castle as a venue, which indicates that Meghan and Harry will have a very different wedding than Will and Kate. St. George’s has a capacity of 800 people is much smaller than the Abbey’s 2,000, a fitting size for the future King and Queen of England.

The celebration was built up in a black-tie wedding dinner staged at Frogmore House, hosted by Charles for 200 of the couple’s closest friends and family while James Corden reportedly acted as compere. The married couple arrived at the evening reception in ultimate style – riding in silver blue Jaguar E-Type Concept Zero. The silver-blue Jaguar was originally manufactured in 1968 and has been converted into electric power at Frogmore House in Windsor. 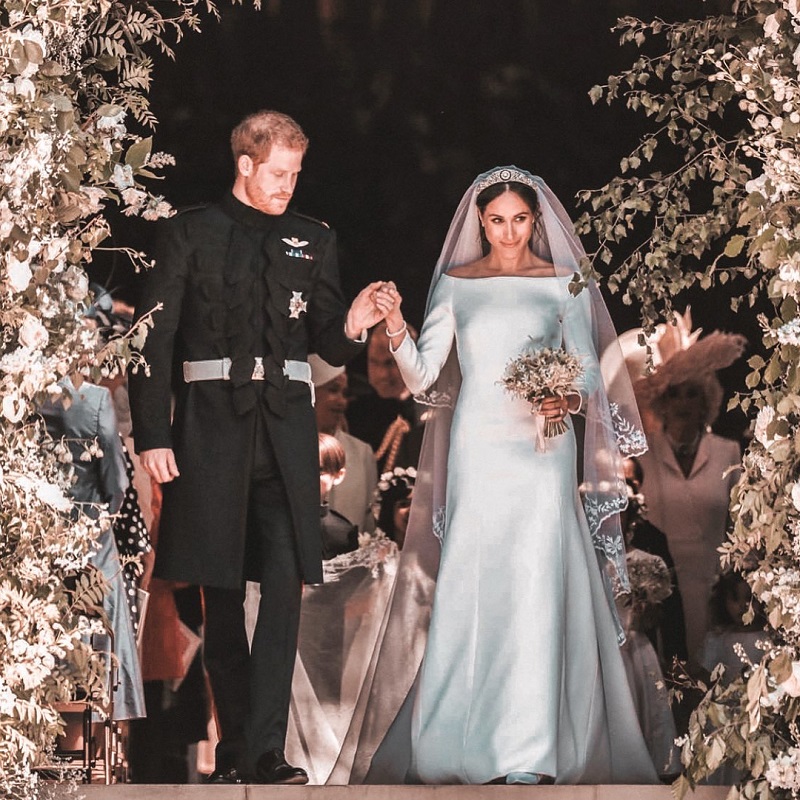 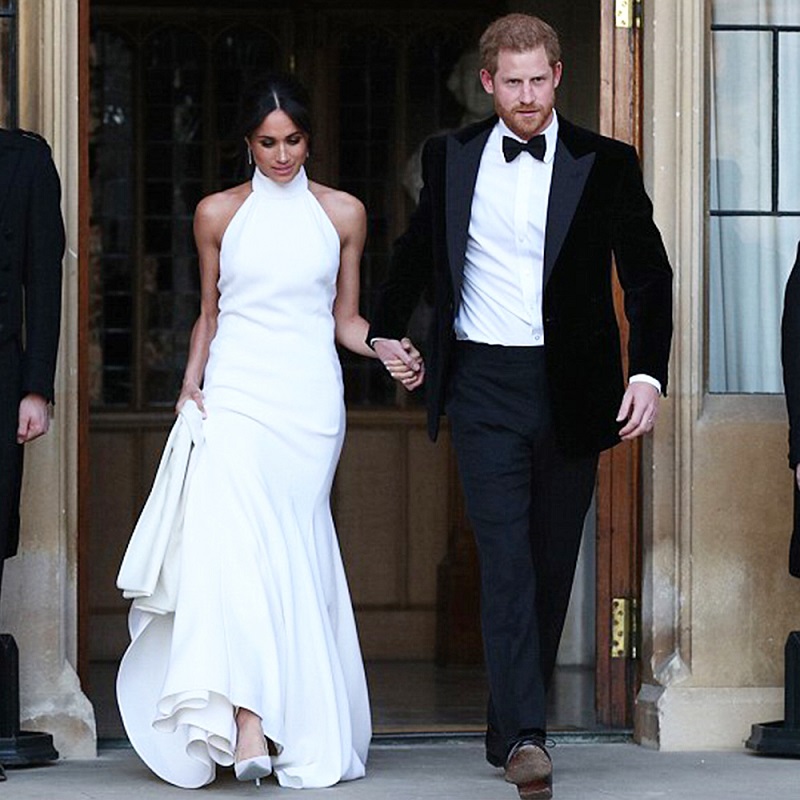 The stunning wedding dress of the royal wedding

Markle’s second dress, which was designed by Stella McCartney and featured a high neck, was much less traditional than her formal wedding gown. Prince Harry and his best man the Duke of Cambridge were both wearing the frock-coat uniform of the Blues and Royals.

All of us at wedding.com.my would like to congratulate Prince Harry and Meghan Markle and wish them a very happy and long-lasting marriage.

Choose The Right Dress Based On Your Body Type!

12 Tricks To A Long And Happy Marriage

Save Even More With This Wedding Tip! -DIY...

Looking for An Exquisite Evening Gown? Take a...