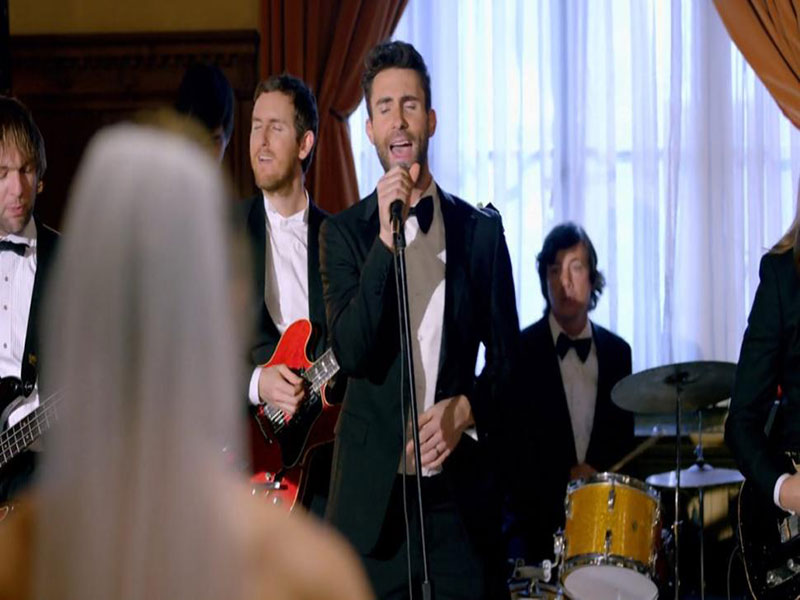 In the Maroon 5 video, the band drives around Los Angeles crashing weddings and giving pop-up performances to the delight of wedding guests. It totally surprised the couple, especially the bride.

2. Mariah Carey – We Belong Together

This music video is about the bride run away from her wedding to be with the one she love. It’s heartbreaking at the beginning, but it ended happily though. This music video had more than a million views in YouTube. It had also been a popular love song for couples.

It’s a sad music video though. Carrie starred as the wife of a soldier, where the husband passed away at war. The video started with Carrie walking down the aisle of her wedding happily to walking towards her husband’s casket. This song reminds us to appreciate our loved ones when they are still alive.

It was arguably a popular old school wedding music video. The song contained of meaningful lyric and many supporters still watch it though it was a 25 years song.

You can get inspiration of wedding decorations or songs for your wedding through these videos, but make sure it’s a romantic one.

When Vintage Meets Modern | Gary & May

Walk down the aisle confidently with your new...

The Final Encore and a Merry Christmas

Tips: Getting the Best out of Wedding Fairs

Choose The Right Dress Based On Your Body...